A: My BMW does not currently have GPS navigation can this still be installed?

YES, our monitor is compatible with your BMW and will add GPS navigation to your factory system.

YES,  it will fit perfectly without modifcation.

Is this compatible with my Car ?

Choose the right system for you car

if you current monito has the UI below your version is

Choose the right system for you car

if you current monito has the UI below your version is 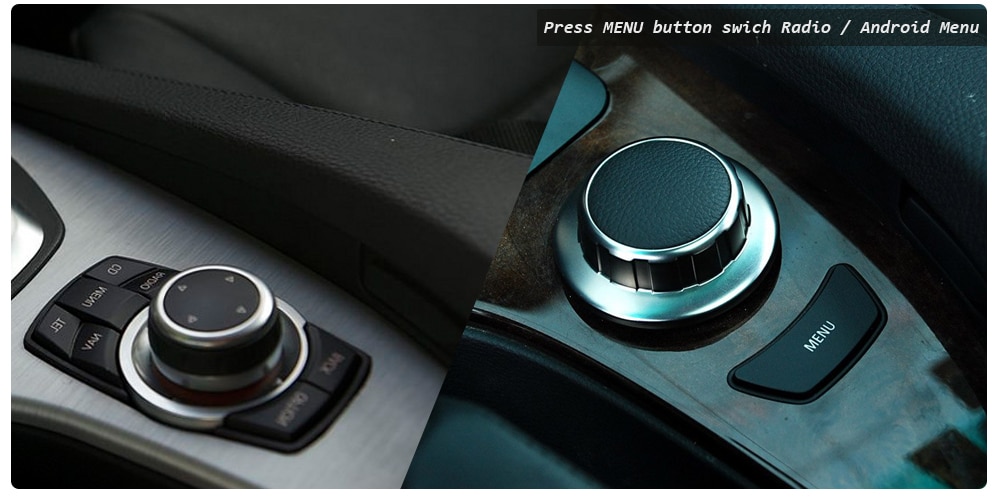 Dasaita headunit supports factory steering wheel buttons.  Easily control your Music track on your head-unit , answer phone calls, or switch sources the power is at your fingers while your eyes are on the road. 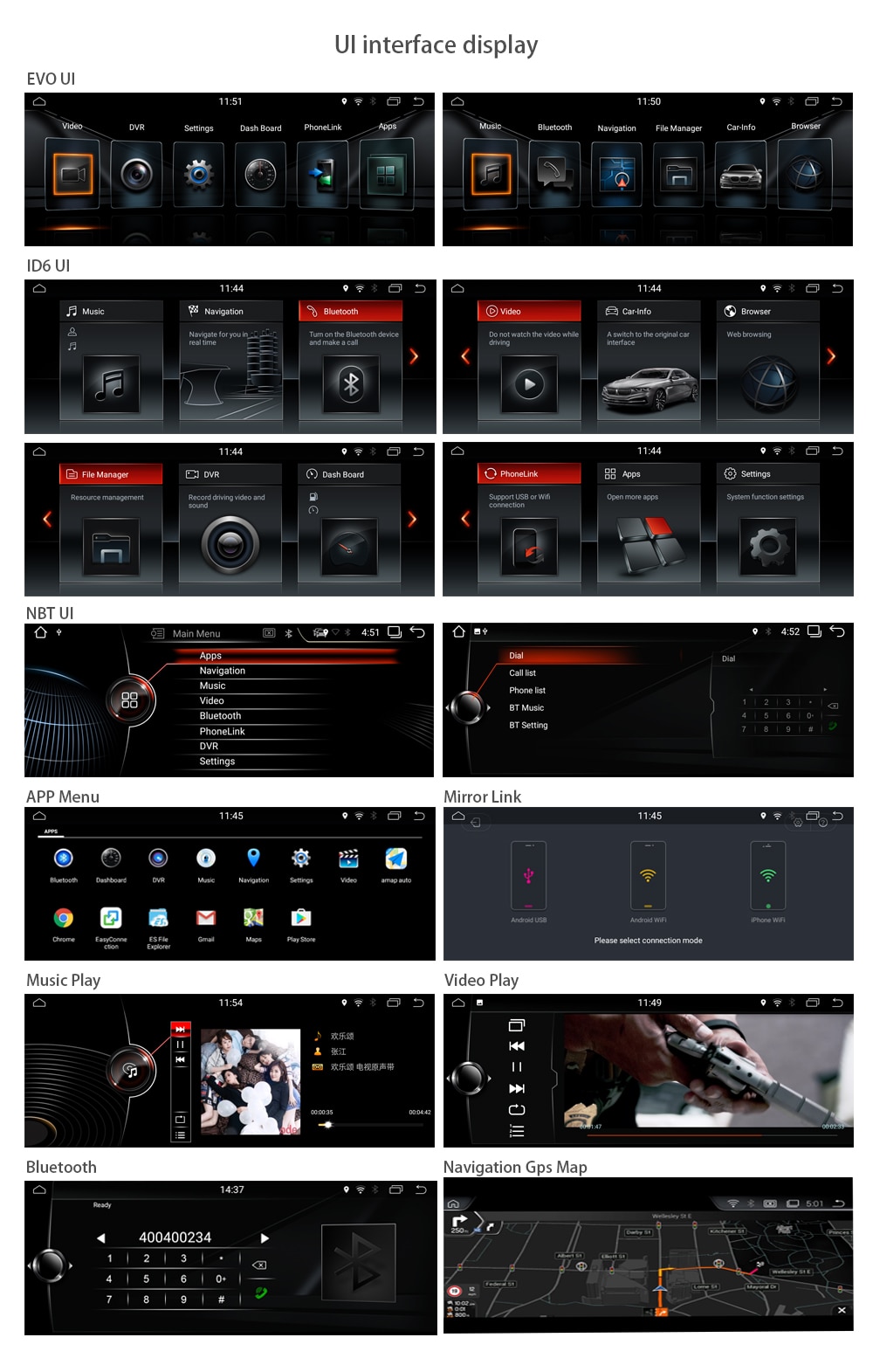 Never get lost again! Supports both Online and Offline GPS Navigation with popular apps like WAZE, Sygic, HERE, iGO and many more. NO internet required when using Offline GPS navigation as the map data will be read from your sdcard

With all that great online content from Google Play, Google Maps, Voice Search, Real Time Traffic Updates, Pandora, Spotify, etc you are going to need to be connected! The Dasait system has many options so it's fast and easy for you to access all of that online goodness.

The OEM factory backup camera is supported including all radar parking sensors.

If you do not have the OEM camera you can add and install our optional aftermarket backup camera.

The backup camera view will automatically be displayed on the monitor when your BMW is in reverse.

Both backup camera view and radar parking sensors will be displayed on the monitor at the same time.

All factory features and function will continue to work normally as it does now.

IF you have the following factory features: the iDrive controller, all steering wheel button controls, factory TPMS, the backup camera,  parking radar sensors, factory 360 cameras, SiriusXM radio, DAB+ radio, OEM microphone, iDrive menu settings, and options they all will continue to work as it does now.

All factory features and function will continue to work normally as it does now.

What is included in the box ?

You can't have eyes in the back of your head, but you can put them on the back of your vehicle by installing our optional backup camera. At last, you can quit worrying about running into other vehicles or low obstacles and start seeing what is going on behind you

CarPlay is a smarter, safer way to use your iPhone in the car. CarPlay takes the things you want to do with your iPhone while driving and puts them right on our display. You can get directions, make calls, send and receive messages, and listen to music, all in a way that allows you to stay focused on the road. Just connect your iPhone and go.

Note: Bluetooth OBD2 is not supported

See what your car is doing in realtime, get fault codes, sensor data and more!

DAB+ digital radio gives you access to loads more stations compared with FM transmissions, meaning you can enjoy listening to more of the things you love whether it be for music, sport, news or chat.  Take advantage of crystal clear radio listening with our DAB+ USB dongle and powered antenna so you can enjoy your favourite music the way it was meant to sound.

Note: DAB+ radio is not available in North America. 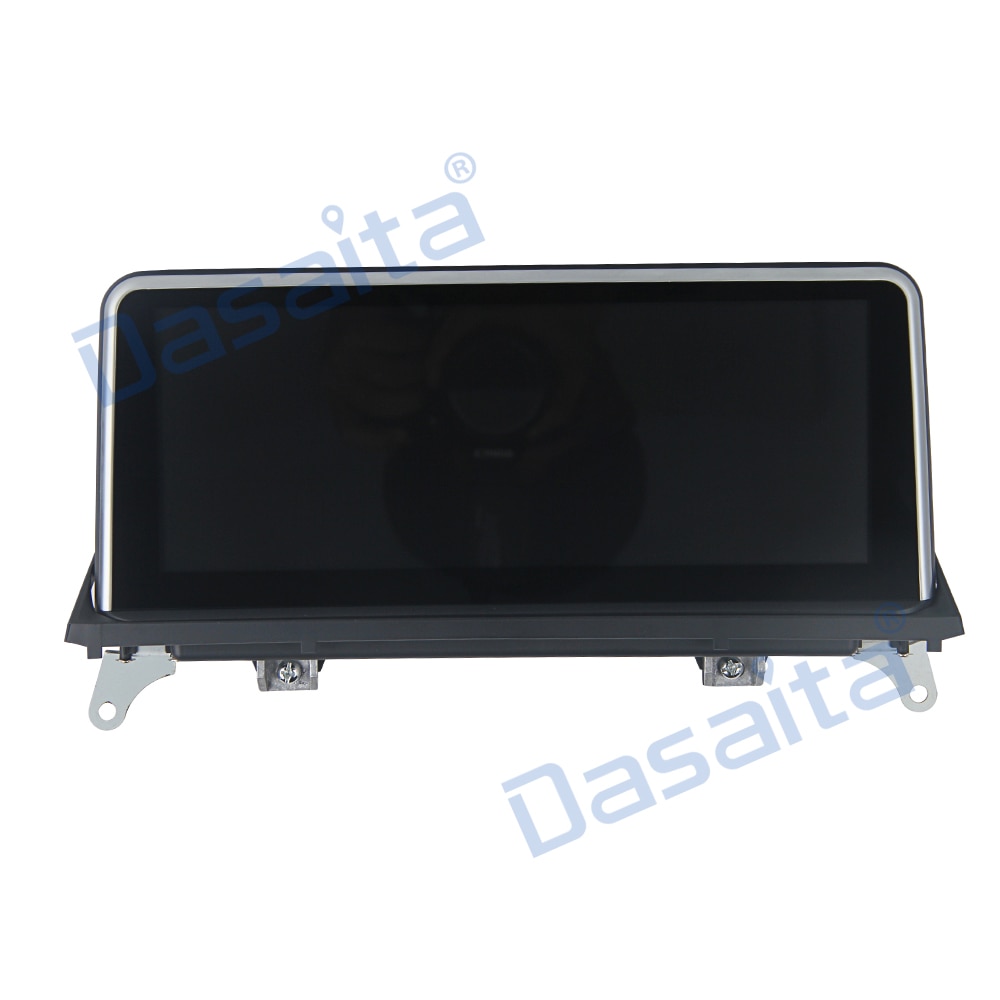 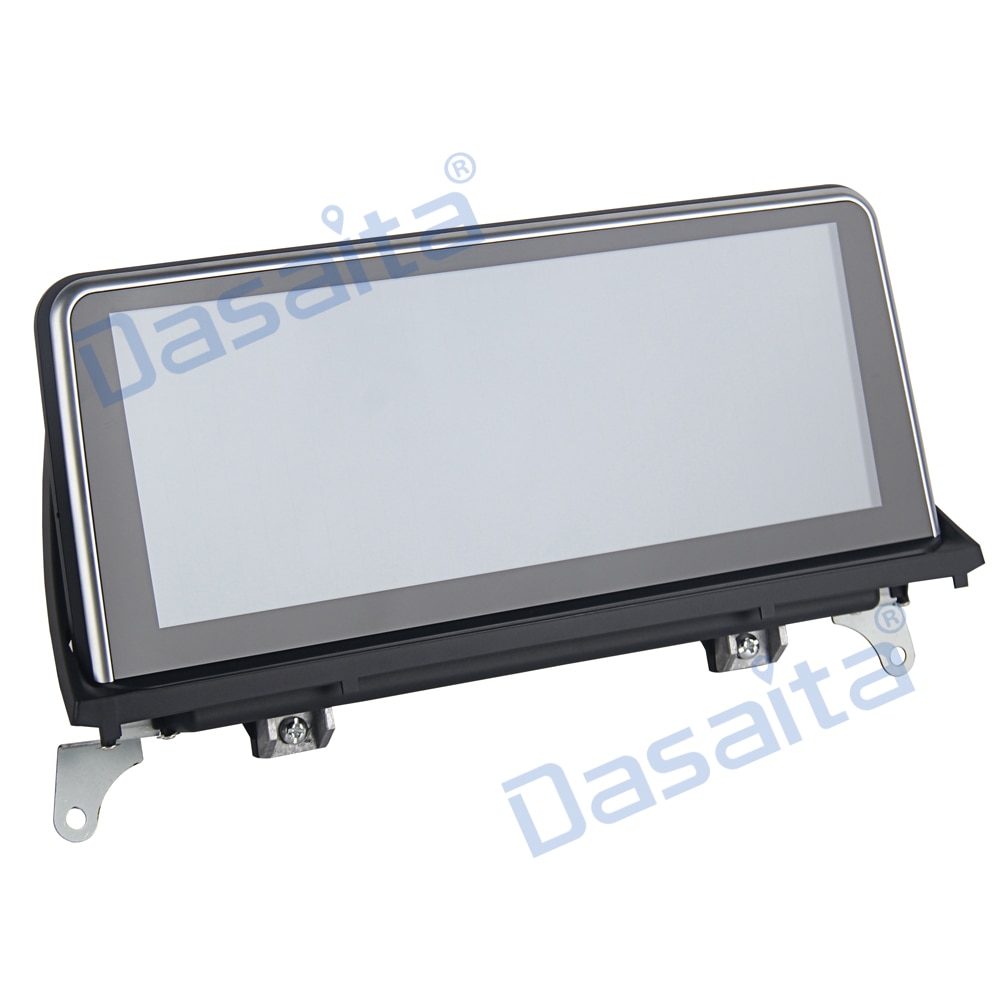 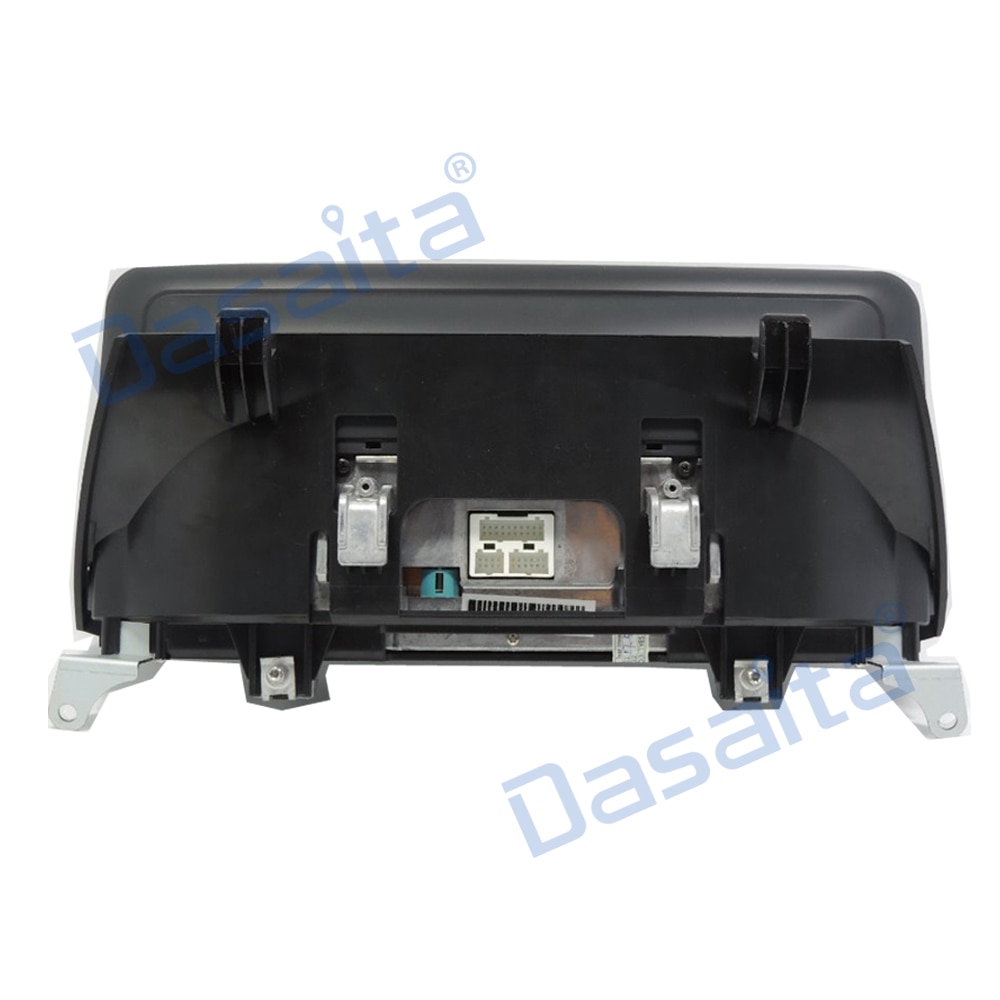 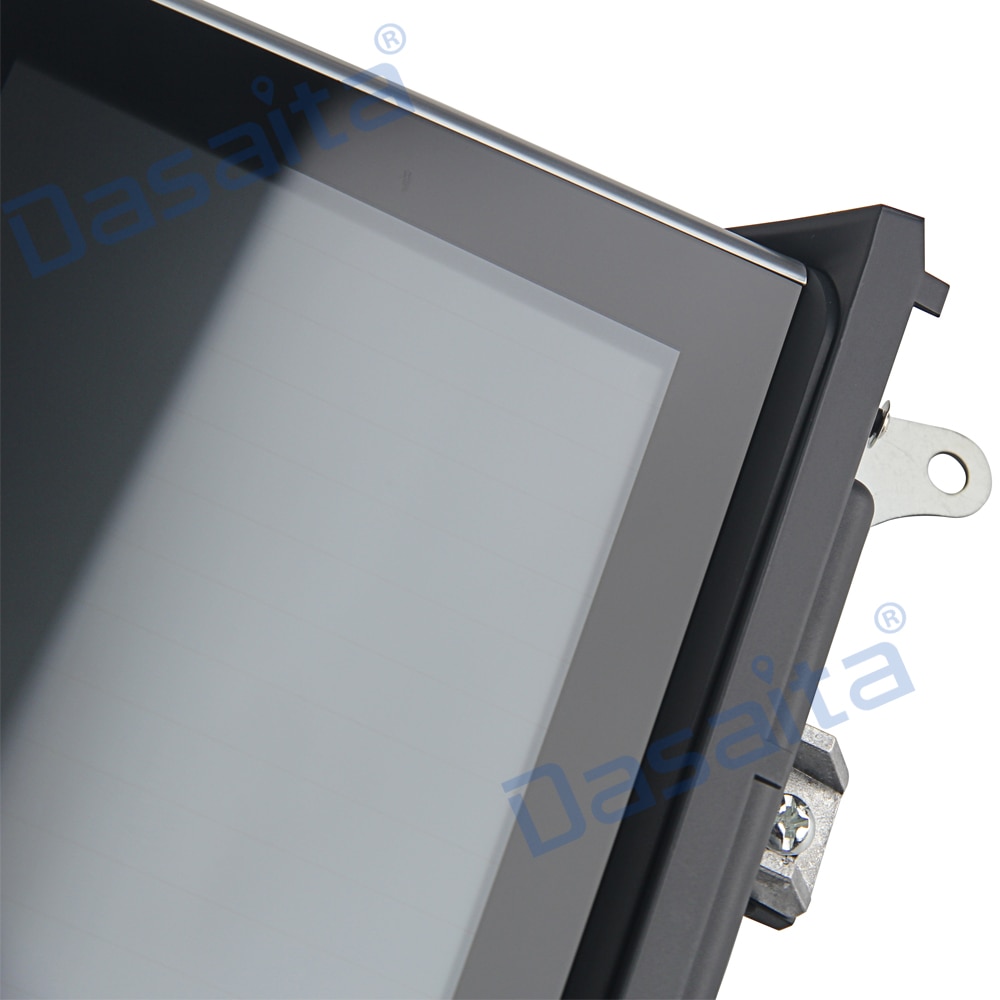 All audio from the Android monitor is outputted to the BMW factory AUX input.

You MUST have a working AUX input for sound to work.

Bluetooth OBD2 is NOT supported

The monitor connects to the internet via WIFI to your phone's WIFI hotspot.

Supports USB flash drives and micro sdcards up to 256GB

Suitable for gestures such as flicking and zooming

Touchscreen function is only supported when in Android mode

Feel free to ask questions about this product here.
Your question will be posted on this page.